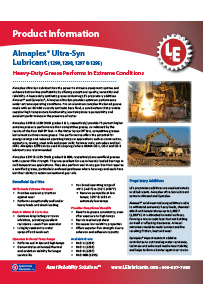 Almaplex 1297 & 1295 (NLGI grades 0 & 000, respectively) are semifluid greases with superior film strength. They are excellent for use in heavily loaded bearings in cold temperature applications. They also perform well in any gearbox that requires a semifluid grease, particularly enclosed gearboxes where housings and seals have lost their ability to retain conventional gear oils.

Almasol® solid wear-reducing additive is able to withstand extremely heavy loads, chemical attack and temperatures up to 1,900°F (1,038°C). It is attracted to metal surfaces, forming a microscopic layer but not building on itself or affecting clearances. Almasol minimizes metal-to-metal contact and the resulting friction, heat and wear. 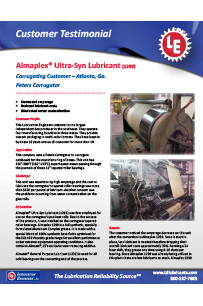 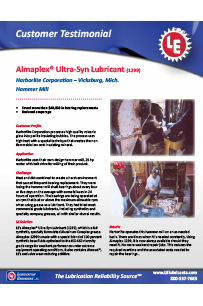 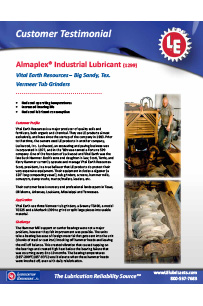